National Adopt a Shelter Pet Day is observed each year on April 30.  This day was created as a way to raise awareness for thousands of pets that are waiting for adoption from the shelters. According to the ASPCA, approximately 6.5 million companion animals enter U.S. animal shelters nationwide every year. The Mosquito Joe family feels pretty strongly about our rescues (Check out this article about Mosquito Joe of Wayne and their partnership with local shelters) so we decided to highlight some of the corporate staff members who rescued their furbabies. 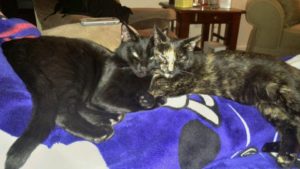 In September 2016, a good friend of mine knew a woman that had just found a litter of kittens near her house and was working with Poquoson Animal Welfare Sanctuary (PAWS) to find them homes.  We met up with her and the litter of kittens and immediately fell in love with one of the boys and his only sister who we named Murphy and Grace, named after a couple of  important names in Naval history.  At just 11 weeks old, they came to live with us in early November 2016.  Murphy is a feisty one (he demands an ice cube to chase every time we’re near the freezer) while Grace is more quiet and reserved, but both are incredibly sweet, cuddly, and perfect companions! ~ Nick Sell, Franchise Business Coach

Both Morgan and Kingston are rescued. Morgan (my German Shepherd mix) was about to go to a shelter and I just couldn’t help but love her excitement, enthusiasm and love for people. Kingston was the last of a litter in the shelter, a little sickly and infected with parasites. I was looking for a companion for Morgan because she loves playing with little dogs and when I saw him,I knew he was meant to join our family. Today, he’s happy and healthy and a big dog in a little dog’s body. ~ Jayme Sabo, Director of Marketing 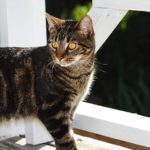 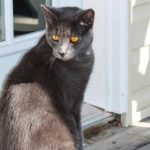 When a family moves away and can’t bring their cats with them, you get the best two fur brothers on this planet. Oliver (Brown stripped) and Tucker (Gray) were adopted from the Virginia Beach SPCA. After doing the math, I believe their Halloween kitties, which also explains their orange eyes. ~ Kyle Jones, Graphic Designer 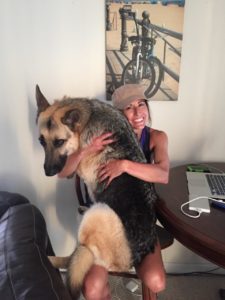 We decided on a rescue because there are so many great animals out there that end up in shelters or rescues to no fault of their own (i.e. someone’s pet had an unintentional litter, someone moved and their new landlord didn’t allow the pet). We worked with an incredible organization (shout out to the Southeast German Shepherd Rescue) to find our buddy Chevy. They work hard to pair dogs with “fur-ever” homes by matching up owner needs/personalities with the dogs. Chevy was a perfect fit for us. I’ve never had such a loyal dog with such a personality. ~ Angela Paules, VP of Marketing 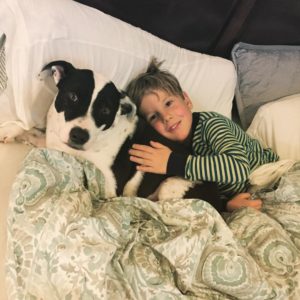 8 years ago my then fiance and I decided to get a dog and knew we wanted to rescue because of all the great animals who needed homes. I was at work on a Friday afternoon scrolling through pictures at the shelter when I saw this girl’s face. The next morning I had him driving us downtown to pick her up.  I had no other explanation other than she was meant to be mine. She has been my best girl ever since and is now her human brother’s best companion (most of the time). Our Lilly has the quirkiest personality and we love her so much. ~ Julie Green, Marketing Manager

If you have a rescue baby you want to keep protected this year, don’t forget our services take care of fleas and ticks too. Always follow your veterinarian’s recommendations for flea and tick preventative medicines, but we can be an added layer of defense in your own backyard. Thanks for reading about our fur kiddos, we’d love to hear about yours! Buzz in and share our pictures on our Facebook page! And of course, if you’re thinking of adding to your family with a feline or dog companion, always consider adopting!