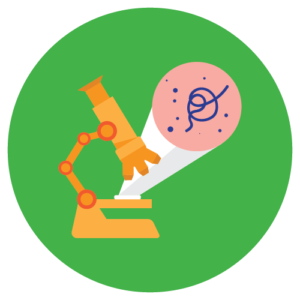 What is Eastern Equine Encephalitis Virus?

Eastern Equine Encephalitis Virus (EEEV or Triple E) is a mosquito-borne disease that is spread through mosquitoes who have bitten an infected bird. The primary EEEV vector is a swamp mosquito called the black-tailed mosquito which transmits the virus to birds, or becomes infected by feeding on infected birds in their swampland habitat. When a mosquito that typically feeds on humans feeds on the infected bird instead, they then contract EEEV. That mosquito then transmits the illness to horses and humans through an additional bite.

What should I know about EEEV?

While the probability of getting EEEV is low, it is still important to be aware of the symptoms and importance of protecting yourself, however infrequent the cases are. Human EEEV cases occur so infrequently because the primary transmission cycle takes place in and around swampy areas where human populations tend to be limited. If you are someone who works outdoors or engages in recreational activities in endemic areas, it’s especially important to be aware of the virus. Although anyone can contract the disease, those under the age of 15 and over 50 are at a higher risk of a severe case of EEEV. In the United States, few human cases are reported each year. According to the CDC, seven cases have been identified in 2020. These EEE cases were reported in Massachusetts, Michigan and Wisconsin.

In 2018, only 6 human cases were reported nationwide. However, in 2019 there was a rise in the number of human cases totaling to over 30 confirmed or suspected cases in seven states: Michigan, Tennessee, North Carolina, Massachusetts, Rhode Island, Connecticut and New Jersey. The CDC has provided a comprehensive map of confirmed cases by state from 2010-2019. They also update as well as updating the site whenever new cases are confirmed. You can also view confirmed cases for other mosquito-borne illnesses such as West Nile Virus, Zika and Dengue fever. What are the symptoms?

The CDC notes that there are two forms of EEEV: systemic or encephalitic. Systemic infection has an abrupt onset and can result in fever and chills. The illness lasts one to two weeks and recovery is complete when there is no central nervous system involvement. The encephalitic form starts as systemic but will manifest into more serious symptoms, such as fever, headache, irritability and in some cases brain damage. It usually takes between four and 10 days after being bitten to notice symptoms. If you or anyone you know starts to show any symptoms it is important to contact your healthcare provider to determine the best course of treatment.

How is EEEV treated?

While the disease can be prevented in horses with the use of vaccinations, there is no preventative or cure for EEEV available for humans. According to the CDC, “Patients with suspected EEE should be evaluated by a healthcare provider, appropriate serologic and other diagnostic tests ordered and supportive treatment provided.”

What can I do to prevent mosquito-borne illnesses? The best prevention against Eastern Equine Encephalitis is a reduction of mosquito populations and the avoidance of mosquito bites. Professional mosquito control services such as the barrier treatment offered by Mosquito Joe® provides the best defense against mosquito-borne illnesses like EEEV. Additionally, eliminating breeding areas on your property keeps mosquitoes from producing and reduces the risk of getting sick from a mosquito bite. To help reduce the population on your property, consider the following:

At Mosquito Joe, we take our job of keeping your yard itch-free seriously.  With our licensed technicians and a passion for making outside fun again, our job is not done until you and your family are happy. To add an added layer of defense against mosquitoes in your outdoor spaces, contact your local Mosquito Joe today to enjoy a bite-free yard!