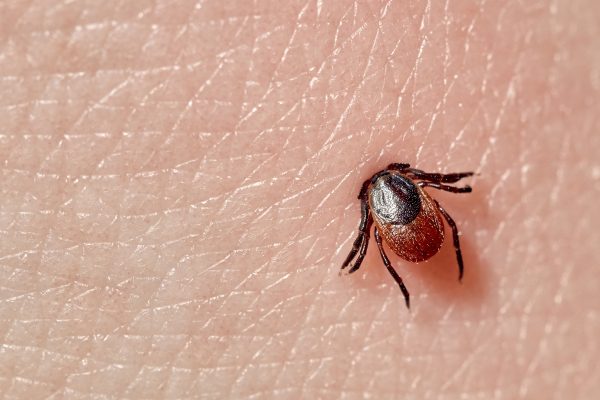 First, try not to panic. The head itself, after it’s been broken off, cannot transmit disease, and a broken-off tick can usually be removed easily.

Start by washing your hands and then cleaning the area around the tick bite with rubbing alcohol and a cotton swab.

After you’ve cleaned your skin, here’s how to remove a tick head:

You don’t need to save the tick head for disease testing, as the body of the tick is all that’s necessary for a thorough test. However, if the tick’s body was attached to you for more than 24 hours, you should monitor for symptoms of Lyme disease for about a month.

So now you know how to get a tick head out, but what if you don’t notice that the head is there for a while?

What Happens If the Tick’s Head Stays in Your Skin?

If a tick head is stuck in human or animal skin for a prolonged period, the risk of tick-borne disease isn’t increased, but the risk of infection is. If you’re unable to remove the head yourself, ask your doctor to remove it for you as soon as possible.

Will a tick head eventually come out on its own? Usually, the answer is yes, but the body is unpredictable. Ultimately, you should never leave pieces of a tick on, or under, your skin.

If a tick head is still in your skin, it should be visible to the naked eye. What does a tick head look like in the skin? It typically looks like a small, dark-colored fleck. It may look like a splinter if it’s just the tick’s mouthparts. For an additional sign of a tick head still being stuck, you may also inspect the tick’s body to see if it looks like pieces of the head broke off.

How Can You Prevent This From Happening Again?

Because ticks can carry numerous diseases, including Lyme, most people want to stay as far away from them as possible. But their populations are high, they’re resistant to cold, and they’re very good at finding a host.

What are the best ways to make sure that that host isn’t you or a loved one?

Mosquito Joe offers a range of tick control services, from proven barrier spray treatments to our natural formulas that can help minimize the risk of exposure to ticks around the perimeter of your home. To learn more about the variety of services we offer, give us a call at 1-855-275-2563 or request a quote today! 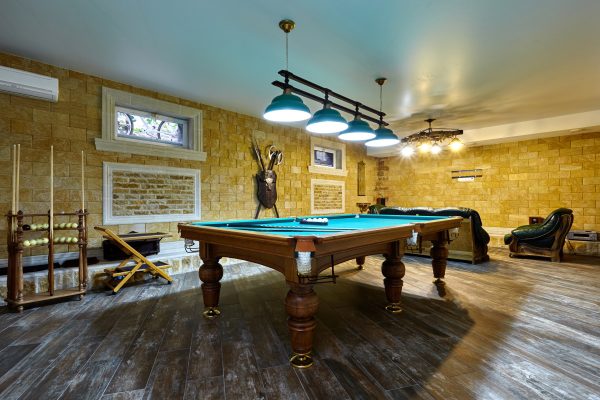 Basements are meant to be extensions of your home. Whether your basement is a home office, home gym, or your own relaxing theater, you deserve to enjoy the space without unwanted company. It’s possible to create a bug-proof basement or reclaim your space from insects. We have a few tips for kicking them out of your basement for good.

Bugs that love living in basements thrive in spaces that are dark, out of sight, and damp. The dark allows them to avoid predators when they search for food, which is often at night. They hide in crevices, which is why homeowners are less likely to spot signs of pest infestations until it’s too late—especially in unfinished basements. Damp basements are a haven for mold, which is a favorite of many bugs. Humid spaces can also produce more bacteria and soften organic materials that are staples of the insect diet, like dust, dead skin, and hair.

Prevention: How to Keep Bugs Out of the Basement and Crawl Space

Elimination: How to Get Rid of Bugs in Your Basement

If bugs are already in your basement, it may take a combination of cleaning, house upgrades, and professional pest removal to clear invaders from your home.

The types of insects found in basements vary by location and climate. Some of the most common basement bugs include:

Knowing what creatures you’re looking to remove can help you continue your research to get rid of basement insects once and for all.

By cleaning regularly, addressing infestations immediately, and working with trusted pest control experts like Mosquito Joe, you can reclaim your basement without worry. For more helpful tips on how to deal with common pests, check out our Learning Center. And to make the outdoors fun again, give us a call at 855-275-2563 to request an estimate for services.

How Mosquitoes and Ticks Spread Disease 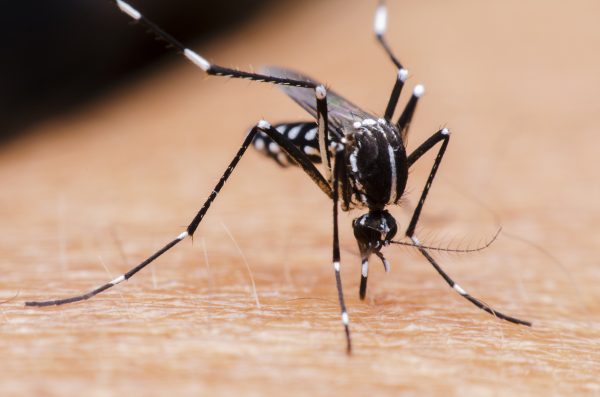 Mosquitoes and ticks probably affect your camping and picnic plans during their most active seasons. These pests have also influenced world events and altered the course of human history by spreading deadly diseases to millions of humans. These diseases are spread by unique biological traits shared by mosquitoes and ticks.

What Is Vector-Borne Transmission?

Vector-borne diseases are those that are transmitted by an organism (the vector) from one animal to another. Certain species of arthropod insects, including mosquitoes and ticks, are common vectors. These insects have evolved to consume and process blood to survive. They can metabolize blood but not certain viruses that may be present in their host animals. This makes mosquitoes and ticks high-risk disease vectors.

Other sources of vector-borne transmission include certain parasites, bacteria, and other viruses.

Vector-Borne Transmission, Past, and Present

These diseases have played an outsized role in human history. Lice brought Napoleon to a halt in Russia and contributed to the spread of the Black Death. Today, mosquitoes cause the most destruction. In 2021, more than 627,000 people died of malaria, a disease spread primarily by mosquitoes. Mosquitoes also spread dengue, a viral infection that results in fever. According to WHO, more than 3.9 billion people are at risk of contracting the disease.

Ticks are a threatening vector too. In the US, roughly 20,000 to 30,000 people contract Lyme disease per year. The disease is widespread across North America, and the tick population can be up to 50% infected with Lyme, depending on where you live.

How Are Mosquito-Borne Diseases Spread?

Mosquitoes spread disease by biting. Every annoying mosquito bite expels a small amount of mosquito saliva and exposes the victim to the viral load present in the mosquito from previous bites.

Today, the West Nile virus is the most common mosquito-borne disease in the US, followed by rising cases of dengue, chikungunya, and Zika virus.

How Do Ticks Spread Disease?

Like mosquitoes, ticks spread disease by injecting a small amount of saliva into their victims whenever they bite. Tick saliva includes a numbing chemical that can make it hard to feel their bite. Ticks can stay attached and feed for several days, which is why it’s important to inspect exposed skin and wear the right clothing when spending time in tick habitats.

So, how do ticks get Lyme disease in the first place? Lyme disease is caused by a bacterium called Borrelia burgdorferi. This bacterium is common in woodland mammals like deer and mice and can be found in livestock as well. Ticks, like mosquitoes, aren’t the source of diseases, but they’re exceptionally dangerous vectors, due to their mobility and growing habitats.

Keeping Your Family Away from Mosquitoes and Ticks

By following basic precautions to prevent mosquito and tick bites, as well as having your property treated for biting insects, you can greatly reduce the risk of contracting insect-borne diseases. Trust Mosquito Joe to bring your family additional peace of mind before your next backyard barbecue. Call 1-855-275-2563 or request a quote today!