What Is the Biggest Mosquito in the World?

What Is the Biggest Mosquito in the World? 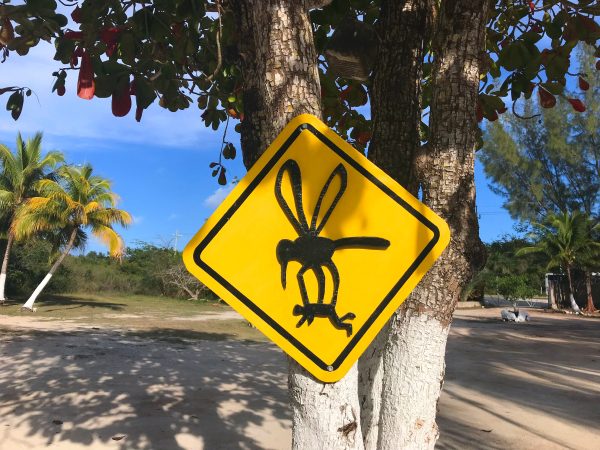 Have you ever wondered what mosquitoes were like when dinosaurs roamed the earth? Were they like everything else during that time, giant flying fortresses that were capable of carrying off unsuspecting prey? Or have mosquitoes always been small, annoying pests that prey on their victims under the cover of darkness? Well, some 46 million years ago mosquitoes weren’t much bigger than they are today, which raises the question, what is the biggest mosquito and where do they live?

Where can you find these giant mosquitos buzzing around? The gigantic Toxorhynchites speciosus is predominantly found in Australian forests.

Other Facts About This Massive Mosquito

This giant mosquito is charismatic and visually stunning, with bright patterns of gold, blue, green, and white along the body and legs. They get their nickname, “elephant mosquitoes,” because of their long proboscis that looks like a trunk. The females lay their bright-white eggs on a surface of the water—often in tree holes, rock indentations, or other small natural containers. Their larvae are larger than typical mosquito larvae and feature deep reddish and grayish hues.

How Big Are Mosquitoes in Alaska?

Maybe it is because so much of Alaska is still wilderness, but many people think mosquitoes are the biggest in Alaska. However, it just isn’t true. Most Alaska mosquitos are similar in size to mosquitos in the lower 48 states. The legend of the giant Alaskan mosquito probably comes from the snow mosquito, which is the largest mosquito in North America, measuring as large as a honeybee. Clearly, the snow mosquito is no match for the giant elephant mosquito.

Have You Spotted a Giant Mosquito-Looking Bug?

The crane fly, also known as the mosquito eater or mosquito hawk, is a giant insect that looks like a massive mosquito. Despite their mosquito-like appearance, they do not bite. In fact, most mature crane flies don’t eat at all and only live a few days.

Even small mosquitoes can cause big problems for you. Don’t let mosquitoes ruin your outdoor fun, call your local pest control pros at Mosquito Joe. Our trained and certified technicians offer effective solutions to control mosquito infestations of any size. We offer both traditional and natural mosquito treatment options that help make the outdoors fun again. To learn more, or to schedule an appointment, call 1-855-275-2563 or visit us online.