How to Keep Bugs Out of Your Sandbox: Cinnamon!

How to Keep Bugs Out of Your Sandbox: Cinnamon! 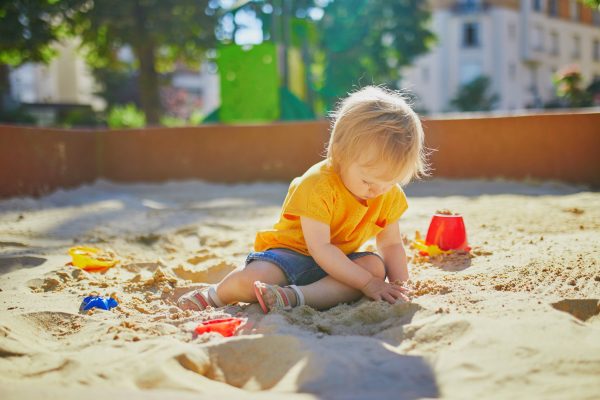 A sandbox can create hours of fun for kids but sharing it with bugs is nobody’s idea of a fun time. If you’re looking for safe and effective ways to keep ants and other creepy crawlies away from the kids’ sandy playtime, cinnamon in the sandbox may be your solution.

This fragrant spice and pantry staple just so happens to be highly offensive to unwanted sandbox intruders. You sprinkle, they run!

While you may be hesitant to put pesticides and other chemical-based repellant products in or around the sandbox, cinnamon is child-safe, eco-friendly, and affordable.

Read on to learn more about keeping bugs out of the sandbox with cinnamon, so the kids can enjoy bug-free fun in the sand and sun.

Does Cinnamon Keep Bugs Out of a Sandbox?

Yes, cinnamon in the sandbox does more than creating a pleasant aroma. The strong, spicy scent also repels bugs—they want nothing to do with it! The spice contains eugenol, an aromatic compound commonly found in traditional insect repellants.

Bugs also don’t like cinnamon’s powdery texture, and cinnamon has chemicals that have been shown to kill mosquito eggs and repel adult mosquitos, making it a triple-whammy to keep bugs out of the sandbox.

Related Topic: What Are the Best Essential Oils to Repel Ticks?

How Much Cinnamon to Put in Your Sandbox

If you’re ready to add cinnamon to the sandbox, you may be wondering how much is enough. Sprinkling too much cinnamon in the sandbox can lead to eye irritation for the little ones who are playing in the sand.

For best results, start with one tablespoon of powdered cinnamon for an average-sized sandbox (typically 48” x 48”). Sprinkle the cinnamon evenly over the surface of the sand and mix it with a rake to disperse the spice throughout the box.

Another natural bug-repelling option is to use cinnamon oil: add a few drops of the essential oil to a spray bottle full of water and spray the entire sandbox area. Once dry, the kids can jump in for bug-free sand play.

Keep in mind that although cinnamon will repel bugs, it won’t necessarily kill them. If you notice too many bugs in the sand, it’s a good idea to dump the sandbox, fill it with fresh sand, and add the cinnamon to prevent a bug infestation from reoccurring.

Added Cinnamon to the Sandbox but Still Got a Bug Problem?

If you’re overwhelmed by bugs in your sandbox, it can be a sign that your yard needs some pest control help. The trusted pest control experts at your local Mosquito Joe can help make your yard itch-free with natural barrier treatments that can last up to thirty days. Give us a call at 1-855-275-2563 or request an estimate online today.